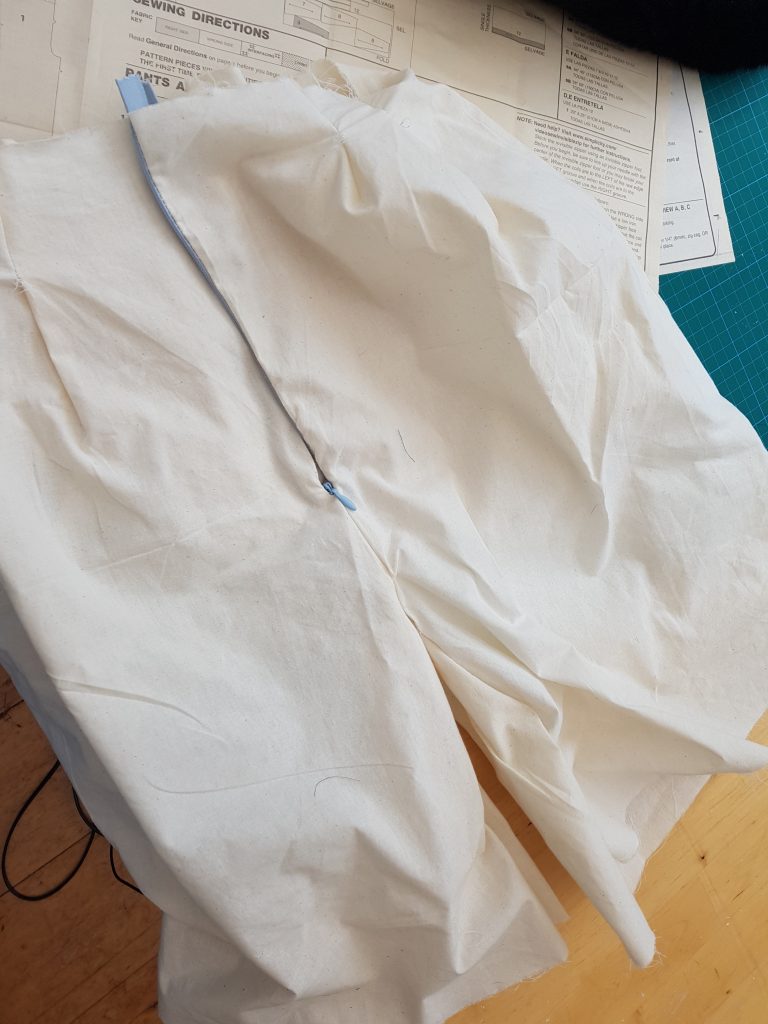 My challenge for July was to make trousers; I made trousers at the beginning of the year but there were a few issues that I wanted to perfect. Controversially for a sewing project which I knew I would be writing about on a blog… I didn’t take very many pictures..  But here it goes anyway! 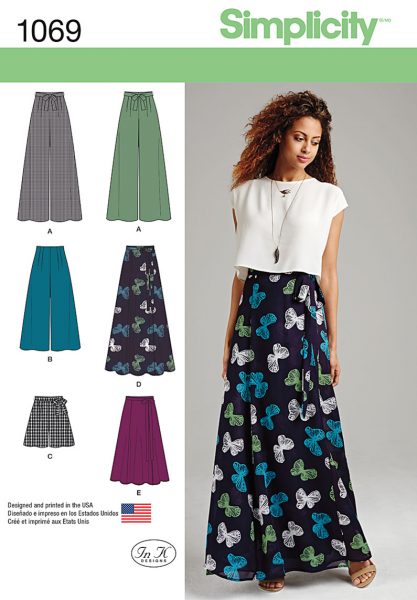 I decided to use this Simplicity pattern which is unusual for me as I very rarely use any of the more commercial pattern companies. I had also heard that Simplicity patterns aren’t actually very simple at all… I loved the floaty style though so decided to give it a go.

I wanted to be sure that I had a good fit so made a toile before I started. Last time I did this, I didn’t add the zip and just pinned where I thought it would close; this just wasn’t accurate enough! I didn’t need to make the whole length of the trousers as the bottoms aren’t fitted so I now have a nice pair of calico shorts…

I used a light fabric for optimum ‘swoosh’ factor. Even though there is swoosh, this fabric was not fun to work with; it was really slippery when I was cutting and sewing it! But also the needle kept catching and showing the white base of the fabric weave; apparently it’s because the pattern is dyed on after manufacture. After hopping on to the Sewing in the UK Facebook page, people suggested that I use a ballpoint or finer needle; I’ll definitely try that next time I work with a similar fabric. Luckily these parts aren’t obvious on the finishing trousers. 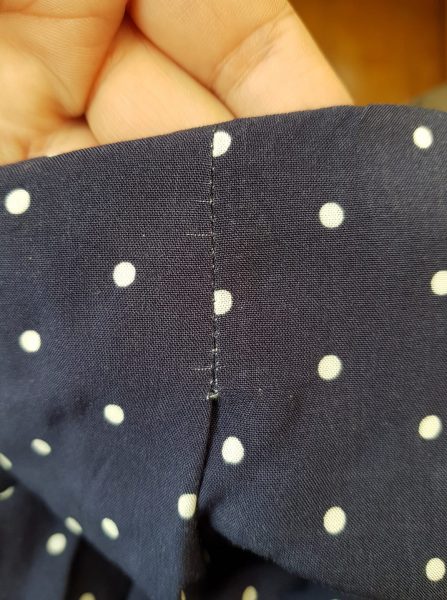 This pattern has a zip at the centre back of the trousers so I couldn’t use the same method I’ve used before for attaching the two legs together (putting one leg inside the other). So there was a bit of a headache while I tried to make sense of the diagrams and confusing language in the pattern. It seemed to work in the end though and there aren’t any holes in the crotch region so that’s a win.

I must admit that I did have to wing it a bit with this pattern and I did go off piste and just did what I thought would work. I’m a very visual/kinesthetic learner so bare-minimum diagrams just don’t work for me! I have enough sewing knowledge that it was fine and the finished trousers look like real trousers.

One reason that it’s taken me this long to finish is because I got to a point of almost finishing in July, then thought that the style didn’t suit me. I’m still not 100% sure but the tie belt makes a big difference. So now that I’m at a point where I’m not embarrassed to share it with all of you, here it is!

My August challenge (that I’m starting 13 days in) is going to be a 50s walking coat… Wish me luck!