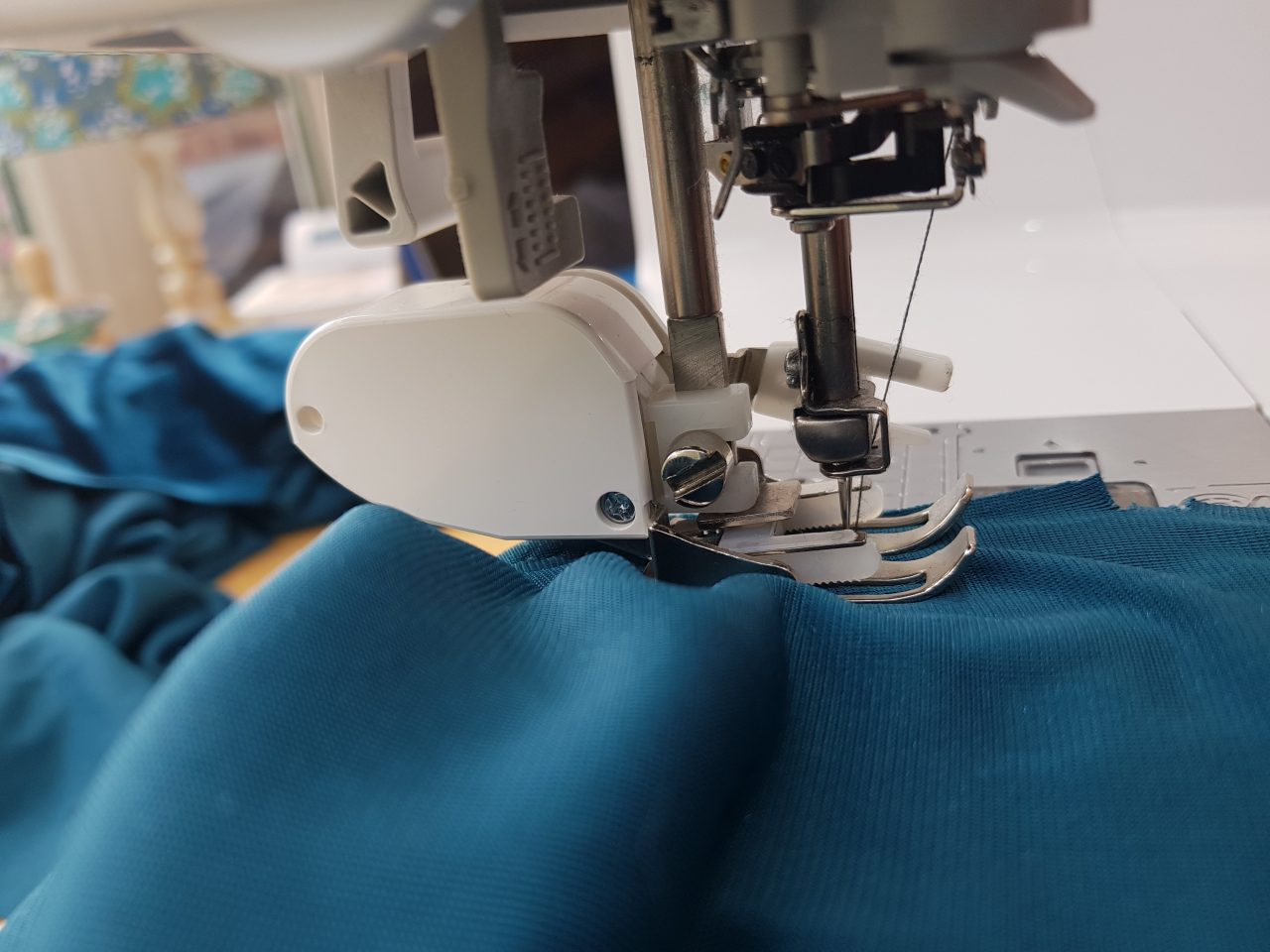 I have learnt one thing from my February challenge… I do NOT enjoy setting in sleeves. It’s hard and time consuming and I’m pretty sure I still haven’t cracked it (Rome wasn’t built in a day and all that). Sadly this won’t be a tutorial that you can follow to get the perfect sleeve but at least you can share in the experience…

I did A LOT of research for the February challenge. In fact, most of my work for the month was just reading stuff (if you are interested take a look at Tilly’s advice for creating a gathered sleeve) and begging for advice from the Sewing Challenge Facebook group. I decided I did actually need to produce something though and that something was going to be the Sew Over It Vintage Shirt Dress. 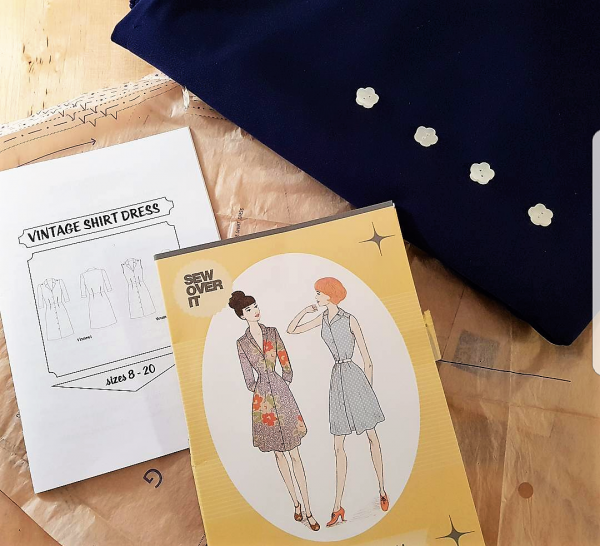 I decided to do my first attempt on calico so it didn’t matter if it went wrong. I adjusted my stitch length to the longest it would go and did my two lines of stitches which I would technically use to create my gathers. I then pulled the threads to gather the sleeve and spread it out so that it wasn’t too bunched up. I think in the future it’d be good to use a different coloured thread for the bobbin so I can see which one needs to be pulled. To get to this stage took a long time and I used my knee to try and manipulate the shape!

After a lot of procrastinating, I moved on to my actual fabric. Just to keep me on my toes, I decided to use a nice slippery and slightly stretchy fabric… After cutting, overlocking and creating a mock turn-up cuff, I proceeded to spend a huge amount of my time trying to get the over-sized sleeve to fit into the smaller sleeve hole while using all of my pins to do so. At one point I really did question if I actually needed to have movement for my shoulders.

The first picture was my first attempt. Note those tucks at the top there… they were not part of the pattern. I huffed, puffed, swore a bit and shut the dress away for the night. With a fresh head and a more objective pair of eyes, I looked at the dress again and realised that actually, they were to wide for my shoulders. By pure chance, that meant that I needed to increase the seam allowance at the top of the sleeve, thus hiding the tucks. Hurrah for my abnormally shaped shoulders!

So despite bodging it a bit… I managed to finish the dress (while learning lots of other skills along the way). I may avoid setting in sleeves like the plague in the future but I have a dress that shows that, one time, I did it (half) successfully. 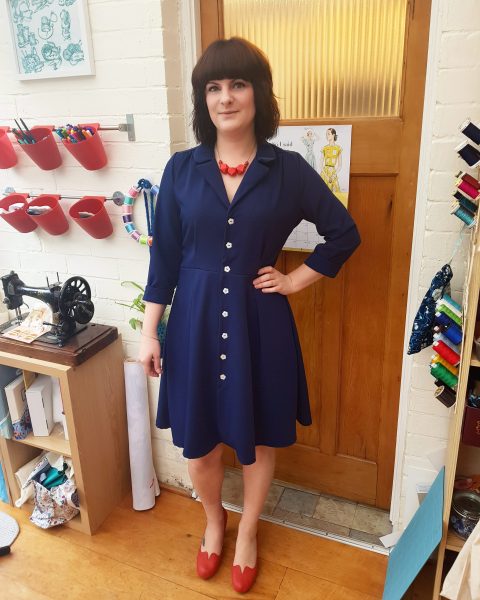