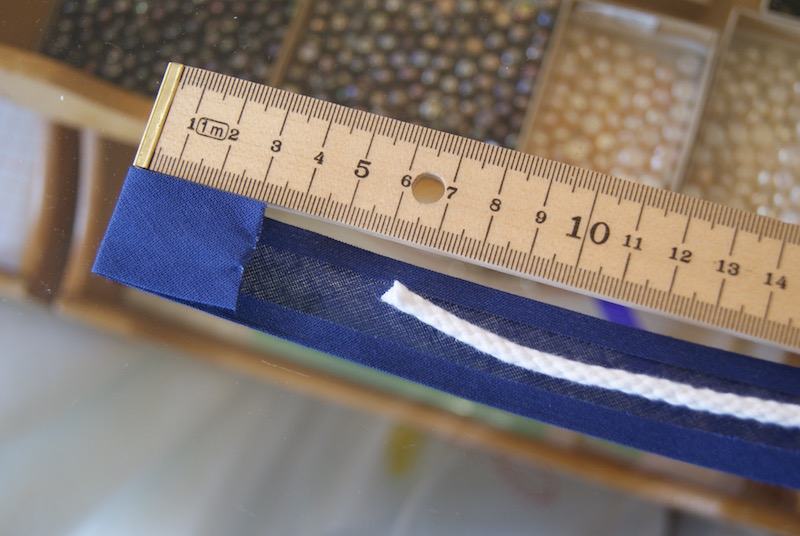 We’ve only recently started stocking piping cord in the shop, essentially because no one had asked for it until about a month ago. (Top tip: if you want us to stock something, just ask! We like knowing what we’re missing).

I’ve fancied having a play with it ever since, and have been noticing more and more people making piped cushion covers lately. Having just moved house, my current pillows are looking really sad in my new room so I thought this was a perf opportunity to try it out – which is why this is a much bigger pillow size than I normally would make!

Note: I don’t think I’ve ever actually used piping before, though I do remember doing homework about it in GCSE textiles amazingly. This was vaguely tricky, (probably on the same level of pom pom cushions, which we all know are life) but if you’re willing to give it a go and it not be 100% perfect then go for it! I basically mashed mine though the sewing machine and it came out pretty good, if I say so myself. (I’ve written this before I’ve actually taken it home and seen if it fits the cushion, so might not be so pleased with myself later.) 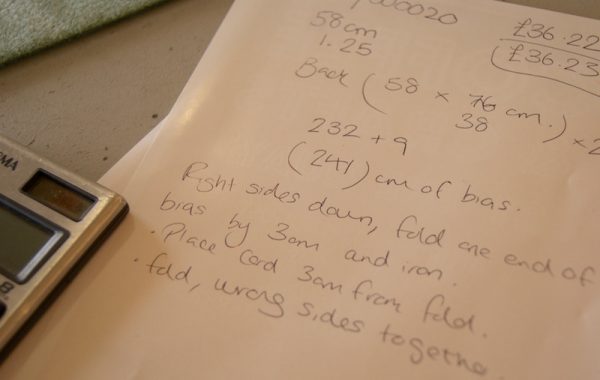 Before I started I read through this tutorial, and used it to work out my measurements etc.

Front fabric (equals the size of your cushion, plus 1.25cm on the height & width)

Back fabric (the length of your cushion, plus 18cm on the width, cut in half to make two rectangles)

Piping Cord (I used size 4, and you need enough to go around the entire edge of your cushion, plus a touch extra for safety)

Bias Binding (you can make this yourself, if you’re a better person than I am. You need the same amount as the piping cord….)

Sewing Machine, unless you really really love to hand sew

First things first, fold down one of the long edges on your back fabric 1cm, then 1cm again, hiding the raw edge. Press into place with an iron, and pin into place if you need to. (Reasons you might need to: you didn’t actually iron it, like me). 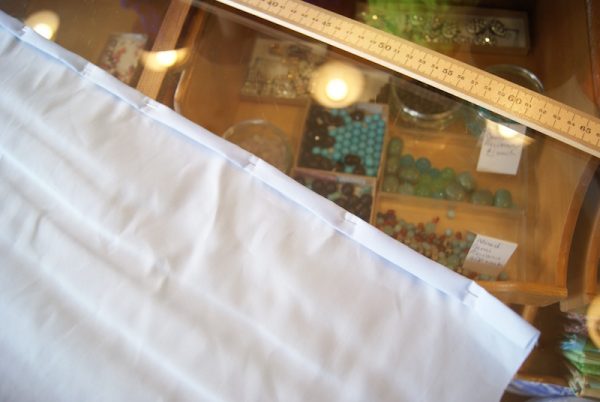 Stitch down with your sewing machine, and repeat on the other piece of back fabric. 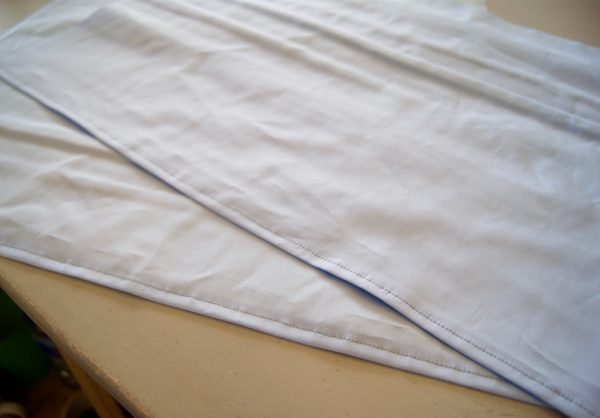 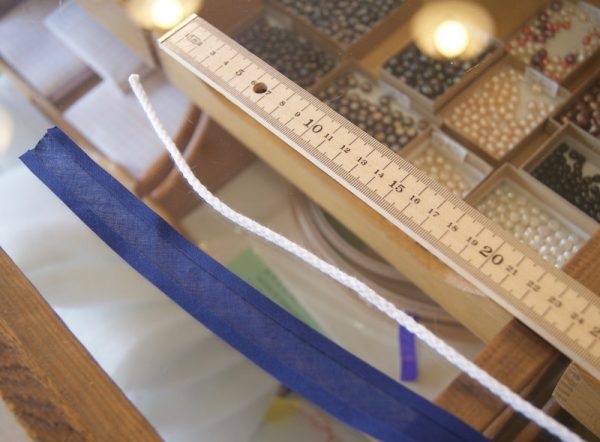 Starting about 5cm from the top of the binding, lay your piping along the middle of your bias, wrap the binding around it and pin together. I started doing this, decided it was too thin and went back and opened the binding out before pinning it. I have no idea if that was the right thing to do or not, but it seemed to work out ok. 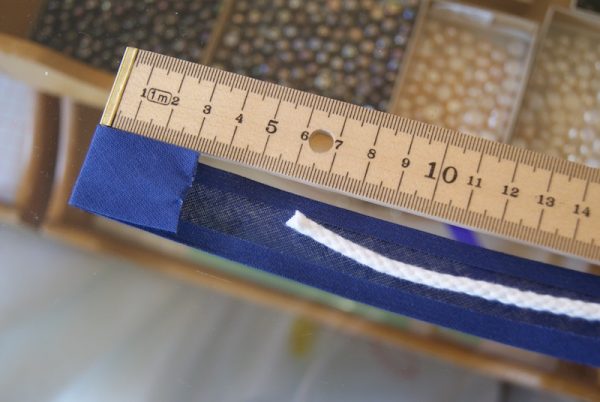 You binding should have wrong sides touching 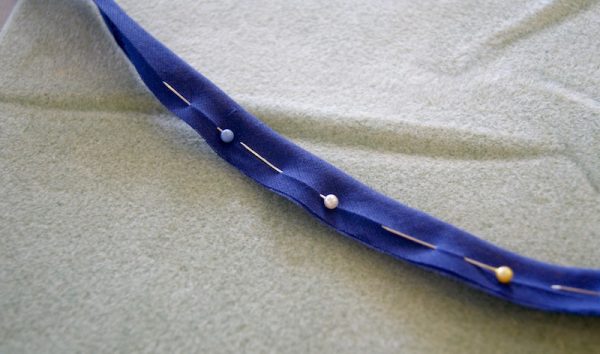 This is a representation of how my brain felt during this 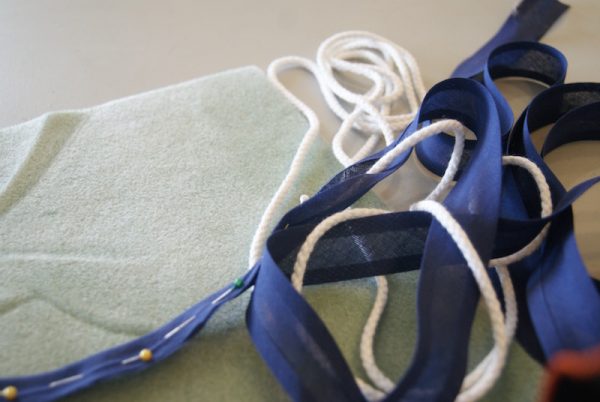 Now, sew this together, but don’t sew the 5cm you left at one end.

This was where I started to get in a faff, because I realised that the foot on the machine would stop me getting that close to the piping. So I stitched it down, but quite near the edge. 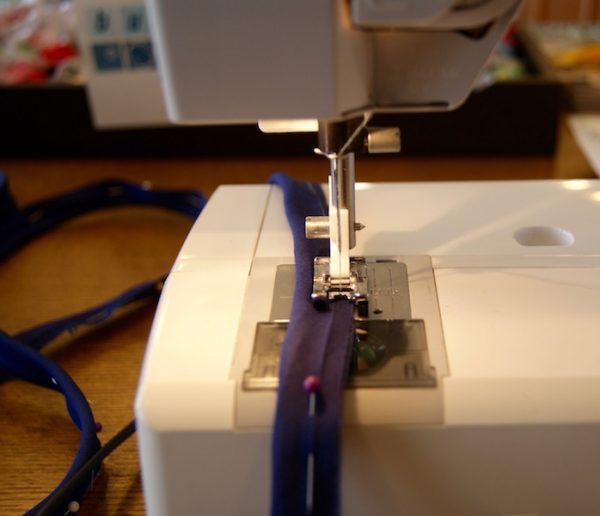 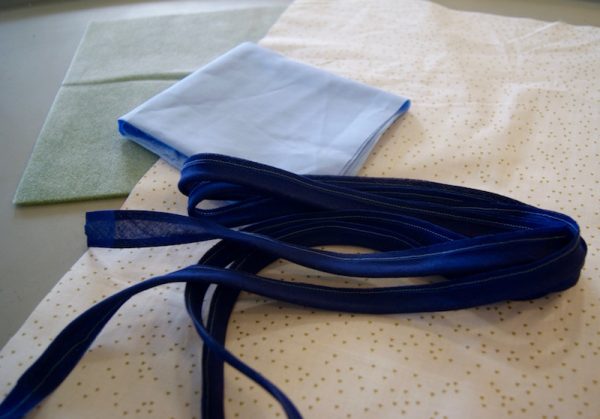 Now, what the other tutorial I read said to do next was to pin this around the edges of your front piece (piping facing inwards) and stitch it into place, clipping your corners as you go to get it to sit better.

I obviously ignored this, and decided that I knew better and that I should just skip right to the end. THIS WAS AN ERROR. Do not do this. It was really difficult  and the piping kept moving around all the time and the corners were super hard.

At the point where your two ends of piping meet, you’ll hopefully have a little bit extra. Trim the piping so it meets perfectly, and then tuck the 5cm end of binding over the other end, meaning you’ll have two layers of bias binding over a small section of piping. 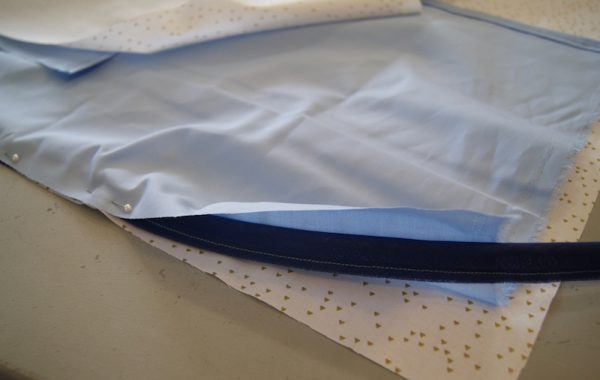 So hopefully if you have taken my advice you now have a beautifully attached piece of piping cord to the front piece of your cushion, in which case all you need to do now is lay your 2 back pieces face down, overlapping in the middle.

I don’t, so what I’m doing here is laying the piping cord around the edge of the right side of the front piece, then laying the two back bits face down so they overlap in the middle, and the pinning this all into place. Sigh, hindsight… 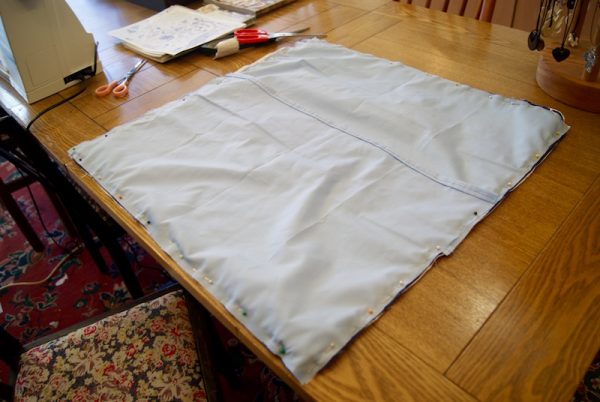 All you have to do now is sew around the outside of the cushion. I used my zipper foot instead of the standard one so that I could get a bit closer to the piping cord, because I didn’t want it to be weird and gappy.

Once you’ve done that, flip it right side round, clip the corners and give it a good press with the iron. And that’s it!

Update: through some sewing miracle, it fit my cushion! Woop woop. Now I just have to make 2 more matching ones…

I’d love to hear if you’ve given this a go – let me know!

Categories: Blog, Making, How To
Tags: craft, tutorial, how to, piped cushion